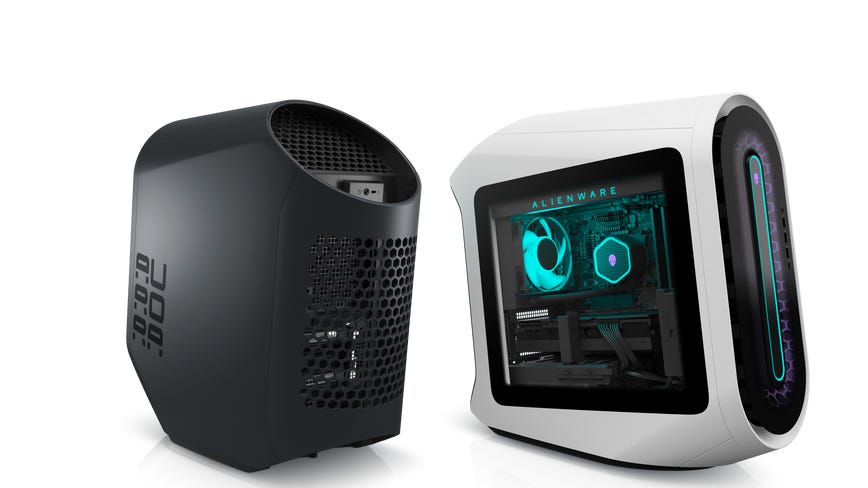 
It seems like only yesterday that Alienware hit the 20-year mark in the PC gaming business, but now it’s moved on to a full quarter of a century. To celebrate the profitable passage of time, the Dell-owned gaming brand has launched an updated version of its sole remaining Alienware desktop PC, the Alienware Aurora (if you’re counting, it’s probably considered the R13). The new model retains the same blobby design aesthetic — usually referred to as “organic” — while still managing an almost complete overhaul inside and out. It’s gotten blobbier and bigger, but with more efficient cooling and a smarter layout.

We don’t know anything about configurations, pricing or availability; Dell says that’s slated to come “later this fall.” Probably PR-speak for “after Intel releases its 12th-gen K-series desktop CPUs.” Acer already announced a system incorporating the new processors earlier this week, the Predator Orion 7000, so we expect to hear about them within the next few weeks. So I wouldn’t be surprised if the Aurora also offers DDR5 and PCIe 5 support.
Read more:?How Alienware’s gaming PCs kept their cool
On one level, it’s kind of sad that Alienware’s touting first-time features for the Aurora that have been gaming desktop staples for years, like a transparent side panel (EMI shielded) and eight lighting zones (up from four) — though when you think about it, without the transparent side panel it really didn’t need more than four zones.?

The company says the internal volume is 1.5 times larger than the earlier models — the math makes that 50.7L — but Alienware also says that it manages the feat “without significantly expanding the overall footprint of the chassis.” Alienware must literally mean “footprint,” because while the part that touches your desk may be about the same size, the system itself is much bigger overall. It’s now 23 inches deep, up from 17 (589 vs. 432mm) and slightly wider and taller. Not as big as the old?Area 51, but starting to get there.
Alienware does say it incorporates a custom motherboard, rearranged to prevent cables from having to reach farther than necessary (which is not only messy and annoying when you’re working inside the system, but bad for airflow as well); specifically the power connectors are as close to the edges as possible, connecting the front ports directly to the motherboard rather than through a daughterboard and providing accessible cable routing on the other side of the system.?

Depending upon configuration, the system will come equipped with up to four fans, and the new airflow path runs from front to back rather than its predecessor’s intakes on both the front and the back and outflow through the back. There’s more extensive venting in back, notably out the top rear, to compensate for the loss of it on the side panel. You can opt for a ventilated magnetic rear cover as well for situations where you don’t want people to see the tangled mess of cables.
Alienware claims that all the changes make the system run a lot more efficiently than its predecessor — that means quieter and a bit faster — given the same components.?