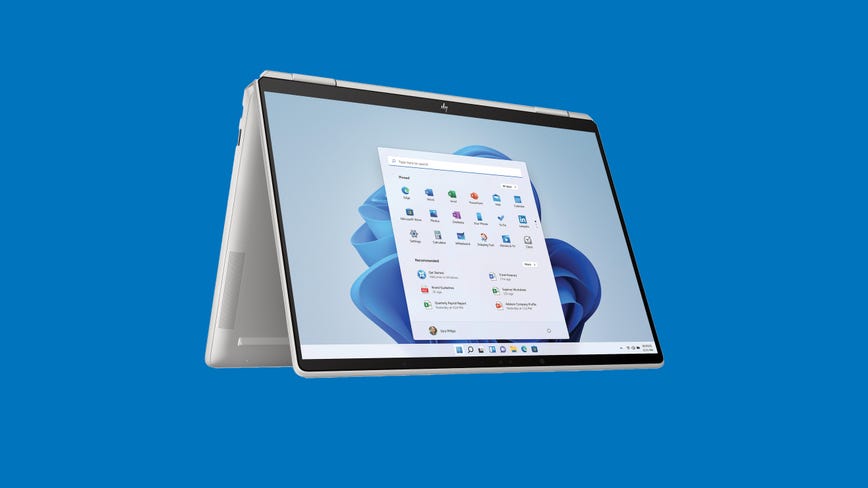 HP bolsters a fairly rote hardware refresh of its Envy and Spectre clamshell and convertible (two-in-one) laptops by extending some of its current suite of software smarts into them. The various models — 13.5- and 16-inch Spectre x360 two-in-ones, 13.3- and 15.6-inch Envy x360 two-in-ones and Envy 16- and 17.3-inch clamshells — all move up to 12th-gen Intel Core processors and a 5-megapixel webcam with Windows Hello support, and they inherit much of the automation and intelligence that HP rolled out recently to other models.
Notable highlights include the option of the new discrete Intel Arc graphics in the 16-inch Spectre and Envy models as well as a GeForce RTX 3060 configuration for the Envy, a claim of up to 20.5 hours of battery life for the 13.3-inch Envy x360 and updated AMD processors in addition to 12th-gen Intel for the Envy x360 15.6-inch version.
Videoconferencing software optimizations (HP Presence, announced in October 2021) level up the experience, with features like autoframing, voice leveling, network bandwidth management (to prevent freezes and drops), backlight correction, a beauty mode, software mic noise reduction and automated screen blurring when the camera detects someone behind you. 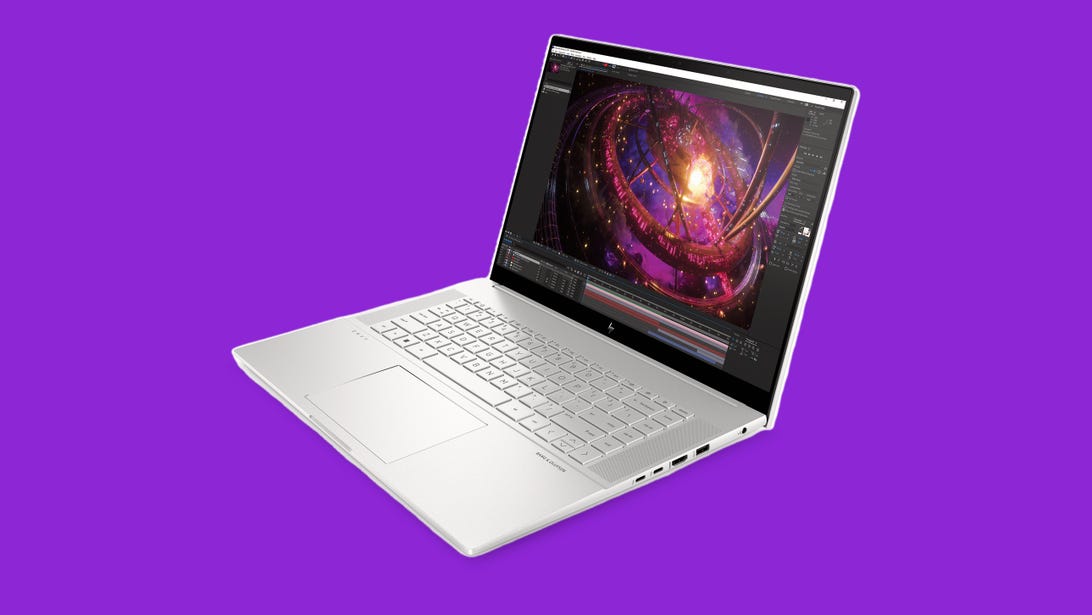 HP Envy 16
HP
A 5MP webcam is a nice bump over full HD (2MP) and has been a popular addition to many premium laptop lines. It’s oversold a little as a solution to better-quality video conferencing; yes, it’s a bit better than some laptop cameras, but even a 4K (8MP) standalone webcam isn’t going to knock you out with its Zoom capabilities. It’s still much better than 5MP, though, so if you’re really concerned about your talking-head quality, you might want to consider a standalone camera.
All the new models are expected to be available today.