It takes 16 wins to sip from Lord Stanley’s cup and the Colorado Avalanche are just two away from hoisting one of the most iconic trophies in sports. They were preseason favorites and made the playoffs look easy, going 12-2 this postseason and a stunning 7-0 on the road. They swept the Edmonton Oilers in four games in the Western Conference finals and are hoping to win their first Stanley Cup since 2001. The Avalanche finally lost a game away from home and have had their series lead cut in half.
Meanwhile, the Tampa Bay Lightning are in the midst of creating a modern-day hockey dynasty. They’re looking to become the first team to win three consecutive championships since the New York Islanders won four straight in the early 1980s. After a rocky start to the Eastern Conference finals, the Lightning battled back from a 2-0 deficit to win four straight and are now in the Stanley Cup Final for the third year in a row. They’ll have to pull themselves out of another 2-0 hole and are almost there, after notching their first win of the series to cut the lead to 2-1.?
Game 4 of the Stanley Cup Final between the Tampa Bay Lightning and the Colorado Avalanche will air on Wednesday at 8 p.m. ET (5 p.m. PT).?All Stanley Cup Final games will appear live on ABC and ESPN Plus.?
While you can use an antenna, thanks to?live TV streaming services?cord-cutters can stream all the action with no cable subscription required. Here’s everything you need to know about how to watch or stream the 2022 NHL Stanley Cup Final.
Read more:?How to Get ESPN Plus for the Stanley Cup Final 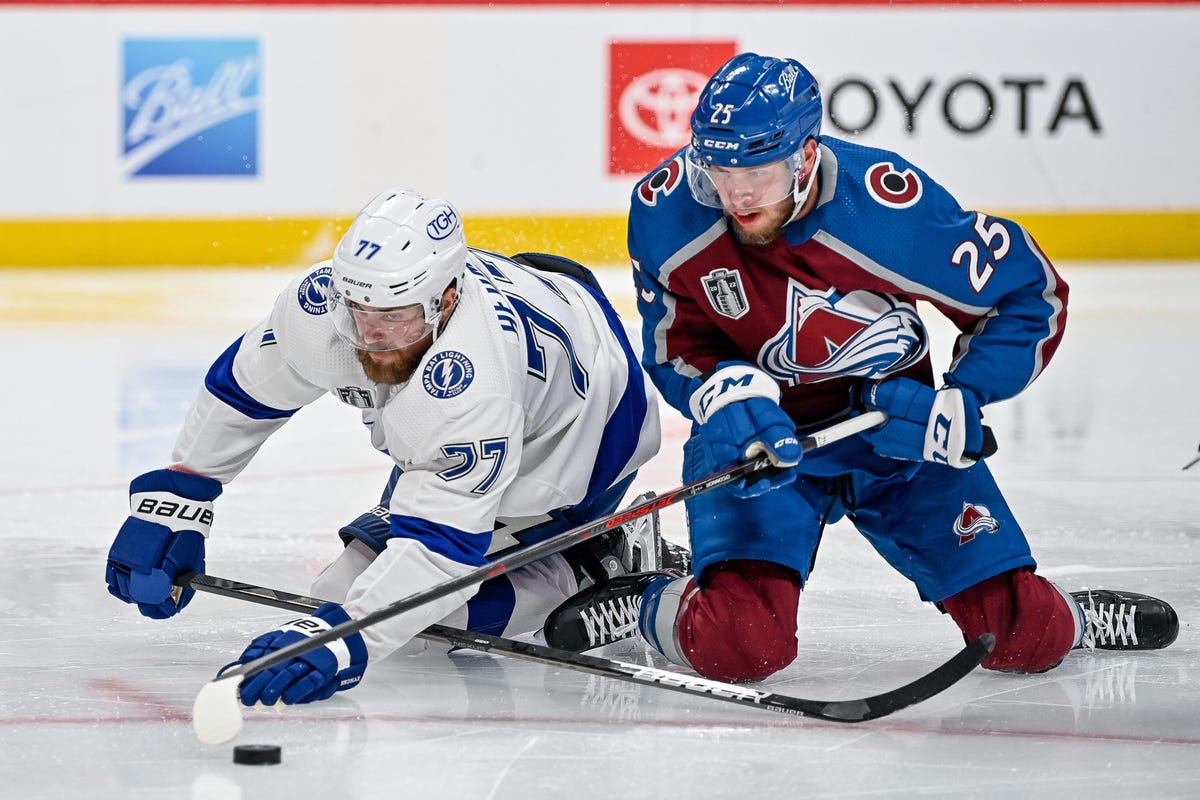 The Tampa Bay Lightning will be trying to tie the series in Game 4.
Dustin Bradford/Icon Sportswire/Getty ImagesNHL Playoffs FAQ

What is the 2022 Stanley Cup Final schedule?

Here’s the schedule for the next three games of the Stanley Cup Final, including the series status. See NHL.com for the full schedule.
Wednesday, June 22

And then there were two…

What channels will broadcast playoff games?

The NHL playoffs aired on a collection of networks, including ABC, ESPN and TNT.?
The Stanley Cup Final will air on ABC and ESPN Plus in the US and on Sportsnet in Canada.

How can I stream the games on my phone?

You will need to be a subscriber of ESPN Plus or have a TV package that includes ABC to be able to watch the Stanley Cup Final games using the app.


How to watch, livestream the 2022 NHL Stanley Cup Final
As these games all air nationally, the best way to catch all the hockey action live, without cable, is with a live TV streaming service.

ESPN Plus is the home of hockey’s out-of-market coverage and will air all Stanley Cup Final games simultaneously with ABC.?
While the $7 a month, $70 per year service is best suited for die-hard fans of the sports it covers well — mainly hockey, soccer and UFC — more casual fans might find themselves with an ESPN Plus subscription anyway through the?Disney bundle, which also includes?Hulu?and?Disney Plus?for $14 total. Getting the bundle saves $7 a month over the cost of each individual service, so in essence, you get ESPN Plus for free.

While Sling lacks access to ABC, you can watch those games using the simulcast stream available on ESPN3.?

Hulu Plus Live TV costs $70 a month and carries ABC.?