The Nintendo Switch is 5 years old this year. Since the original Switch debuted in 2017, we’ve seen the release of the Switch V2, the Switch Lite and the latest Nintendo Switch OLED. (Not to mention there could be another Switch on the way.) With all those options, deciding which one is best for your gaming needs can be complicated. Or even trickier: Which should you buy if you already own one of the other models?
While the Switch OLED looks like the best version, it’s not necessarily the right pick for everyone. Here’s my advice after testing and reviewing each model. 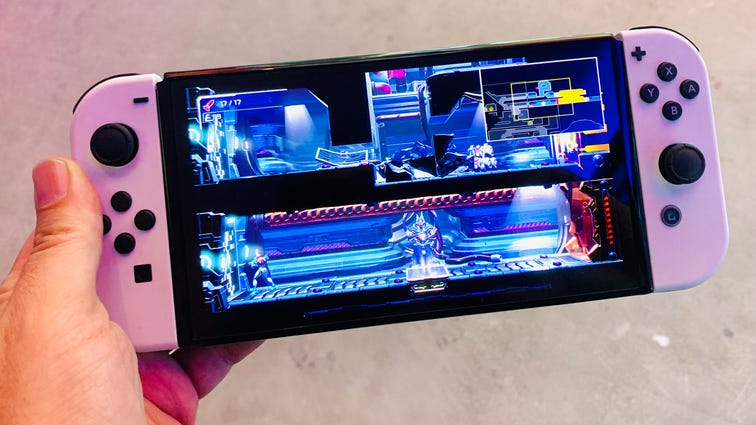 The best if you’re playing a lot in handheld mode, but still want to dock with a TV

The OLED Switch isn’t exactly a reinvention of the console. With a larger OLED display and a better kickstand, though, it is an improvement over the original. The original Switch got a battery-life boost in 2019, which this version also has. This time, you get a bigger, more vibrant display. It has the same 720p resolution as the original Switch and Switch Lite, but looks more colorful, with more contrast and deeper black levels.?
Most of the OLED Switch’s gains are for its handheld mode. It’s got a larger display, louder speakers and a kickstand that finally covers the whole rear panel and also bends to multiple angles. That kickstand alone could be a reason to upgrade if you’re interested in a Switch that’s portable, especially for multiplayer games on the go in tabletop mode.
There’s more included onboard storage (64GB versus 32GB on older Switches), which is enough to hold a dozen game downloads or so. But most Switch owners will just pop a microSD card in to increase storage (you can get 256GB for about $20 now). A big SD card is basically a must-have Switch accessory. The included new dock has an added Ethernet port for wired internet, but I don’t care about that: I use Wi-Fi for everything and am fine.
Despite the screen size increase, from 6.2 to 7 inches, the device’s footprint is nearly the same. After all, it has to accommodate the same Joy-Con controllers, which slot onto the sides of the system when you’re not holding them in your hands. That means you get more screen in the same size body, so the bezels around the display are narrower and the screen dominates your view that much more.?
Games, however, won’t play any differently. Inside is the same Nvidia Tegra X1 processor as before. That hardware configuration dates back to the Switch’s 2017 launch, four years ago. The competition? Consoles with newer 2020 processors.?
The extra $50 for the OLED Switch is well worth it for the upgrades, though, particularly the screen and kickstand. If you’re new to Switch life, it’s the one to pick. But it just doesn’t seem as necessary if you already own a Switch.
Read our Nintendo Switch OLED review. 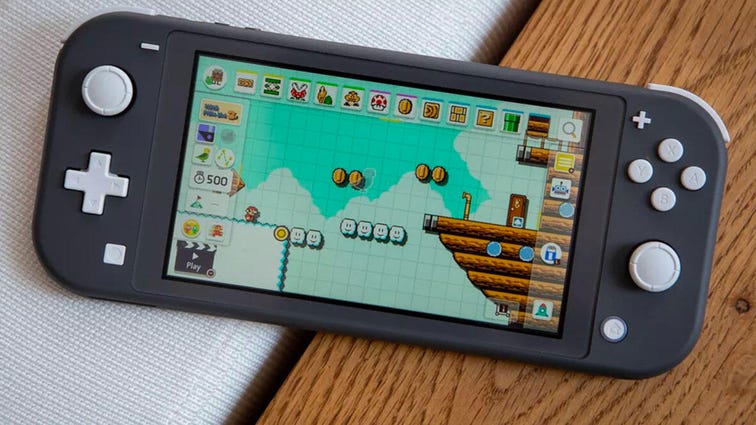 The Switch Lite, at $199, is $150 less than the OLED Switch, which is a significant price drop. It plays all the same games, too. The Lite’s construction quality is excellent, and it’s compact and more pocketable. It lacks the TV-docking feature of the larger Switches, however, which means you lose using it as a TV-connected game console. You also can’t detach its controllers.?
That’s a big loss for families, or for anyone who likes couch gaming. It de-Switches the Switch, making it just a handheld. That being said, it’s an excellent second or travel Switch for families, and it’s a powerful successor to the Nintendo 3DS if you just want some casual handheld games, period. 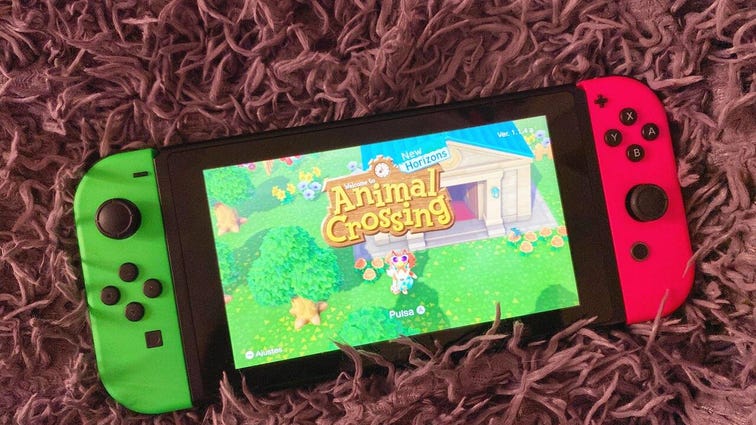 
If it’s on sale, consider it

The classic Switch sticks around at $300, which right now seems absurd. The OLED Switch is absolutely the one you should get instead, but sales could change the equation. We don’t see any Switch sales now, but if that original version were to get bundled with included games or a drop in price (provided it’s the V2 revision in 2019 with longer battery life), it could be worth picking up for the savings over the OLED model. When docked with a TV, the experience will feel exactly the same. Needless to say, if you only play in docked mode, treating the Switch as a permanently anchored living room console, this is the one to get.
Making the upgrade call: Solo vs. group; TV vs. handheld; budget vs. splurge
The biggest factors to weigh out involve how you’re planning to use the Switch. This is how you’ll know Switch makes most sense for you, and they’re more important than any single spec.?
Playing solo vs. friends and family: If you’re a solo gamer, you might be fine with a Switch Lite, especially if you’re playing in a cramped dorm room or at your cubicle. If you’re a little more liquid, the OLED Switch with the bigger screen is a luxury choice, and a must for TV-docking. But for families playing games, make sure you get a Switch that docks to a TV (sorry, Lite).
Almost always playing on a TV:?If this is you, don’t get a Switch Lite. But also, if it’s all happening on the big screen, maybe you don’t need the OLED Switch either. Stick with the original.?
Mainly handheld gaming: The Lite is portable and cheap, but handheld-only. The OLED model has a great screen, but it’s bigger and more expensive. Deciding whether you need that better screen could come down to whether you’re 70% handheld or 90% handheld.?
Money’s no object: Then get the OLED Switch, obviously. (It’s not that expensive at $350, all things considered.)?
Will there be a new Switch this year? Nintendo can’t seem to help coming up with new models of its handheld game hardware every other year or so. Reports of a graphics-upgraded 4K Switch still loom, maybe called the Switch Pro, or the Switch 2. Just a reminder that the OLED Switch almost certainly won’t be the final Switch. You could always just wait it out and be happy with the Switch you have (if you have one).
For more, check out why you shouldn’t worry about OLED screen burn-in on the Nintendo Switch and the best controllers for the Switch.?